BLOG > What is aquafaba? (20 Amazing Recipes)

It's daunting when you first change your diet to not include eggs, especially when baking. This is where aquafaba comes in, it's loved by vegans/plant based dieters. I've compiled a list of aquafaba recipes below, but allow me to explain a little bit about this ingredient.

Aquafaba is the brine left over from soaked or tinned chickpeas (or a variety of beans) - it's chickpea juice!

What can I do with aquafaba?

This magical juice has so many uses in food; use as an egg replacer in baking, whip up to make vegan royal icing or whisk to make vegan meringue. It's so intriguing how a juice turns into something so white and fluffy!

How long can I keep aquafaba in the fridge?

I have found the 5-6 day period to be the longest period before it's starts turning funky. When it soils, a white film starts to form on the top layer.

In the raw form, it tastes as expected, like the beans it came from. When used in cooking or baking, it isn't noticeable at all.

Can I whip aquafaba by hand?

Yes you can, however it will take a while. Whipping aquafaba requires constant motion, if allowed to sit for a while in between whipping it will break down again.

Aquafaba features a lot in my recipes on Plant Based Folk, soit makes sense to collate a list of these aquafaba recipes along with other recipes from fellow food bloggers;

When life gives you lemons, you make lemon and thyme cake. Perfectly paired with tea or enjoyed as a sweet after dinner.

These everything but the bagel seasoned pretzel bites are the perfect snack!

This vegan pasta dish uses plant based bacon bits and aquafaba for the sauce. It’s so delicious and easy to make.

This Vegan Aquafaba Chocolate Mousse made without Egg Whites and No Dairy is a chocolate-lover dream dessert – whether you are vegan or not. Decadent and indulgent, this 3 ingredients Chocolate Mousse makes an absolutely delicious dessert.

Gingerbread cookies are great anytime of the year, why only make them at Christmas time? This recipe uses freshly grated ginger for extra zing.

Pair your gingerbread cookies with this egg-less royal icing that can be stored in the fridge for weeks.

Have bananas lying around? Use them to make muffins which can be enjoyed in anyone's lunch box.

Get your kids involved with making easy egg-less meringues, these pink beauties are flavoured with rose water.

These vegan macarons are made with Aquafaba based lemon macaron shells, filled with lemon frosting and blueberry filling.

Kids won’t eat veggies? No problem, this decadent Chocolate Cake won't last long in the kitchen as it's so damn good: this is a rich chocolate cake with hidden zucchini.

This easy no-bake Vegan S’mores Pie is made with a gluten-free graham cracker crust, a rich dairy-free chocolate pudding, and topped with homemade marshmallow fluff! This allergy-free, low sugar, & kid-friendly summer dessert recipe is the way to have your s’more without the campfire!

If you’re looking for an oil-free vegan pesto that doesn’t skimp on flavor and richness, then here's a solution for you. This classic pesto recipe substitutes nutritional yeast for the parmesan and aquafaba for the oil. Bump up the nutrition with spinach and the brightness with lemon juice, and you have an absolutely decadent vegan pesto.

Fluffy, moist, and surprisingly healthy, this vegan banana bread uses aquafaba as the magic ingredient - a recipe you’re guaranteed to make over and over again.

This vegan pavlova tastes just like the traditional version. It’s sweet, light and crispy with a soft, marshmallow centre. Top it with whipped cream and berries for a super impressive dessert!

A light and airy strawberry mousse, perfect for a creamy summer dessert! Plus, this sweet treat uses just 7 ingredients, including being vegan, refined sugar-free, and containing a secret ingredient for the fluffy, melt-in-the-mouth texture.

These Cheesy Vegan Almond Flour Biscuits are the perfect dinner biscuits to serve alongside your favorite meal. They're gluten-free and also oil-free, but still have a buttery flavor without using vegan butter! 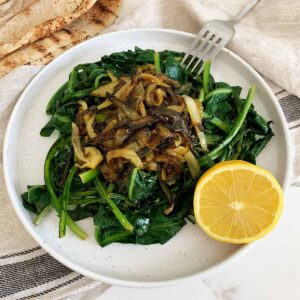 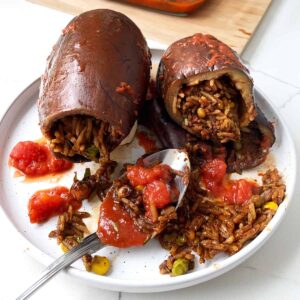 This site uses Akismet to reduce spam. Learn how your comment data is processed.

ABOUT PLANT BASED FOLK

I wear many hats, I’m a Mother, a Fiance, a lover of nature and a Cook.

I'm on a mission to learn and adapt recipes into plant based ones...

Thanks! Your FREEBIE is on it's way! 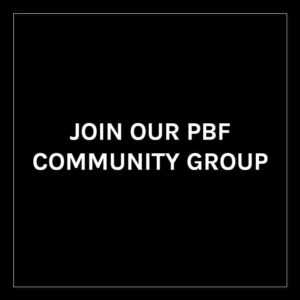 RECIPES NOT TO MISS 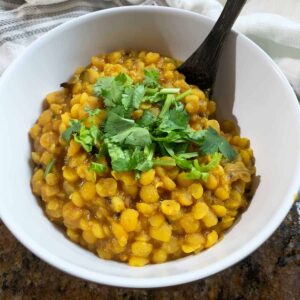 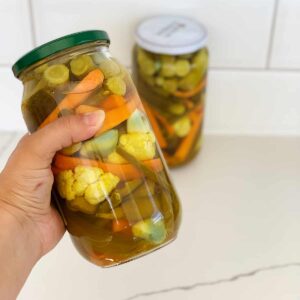 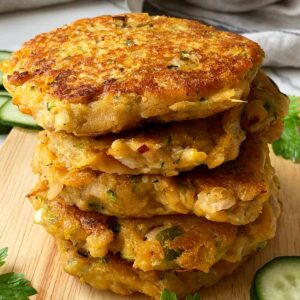 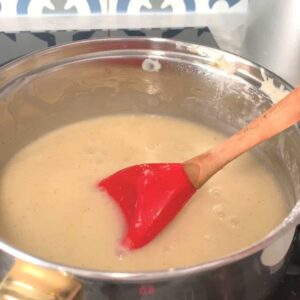